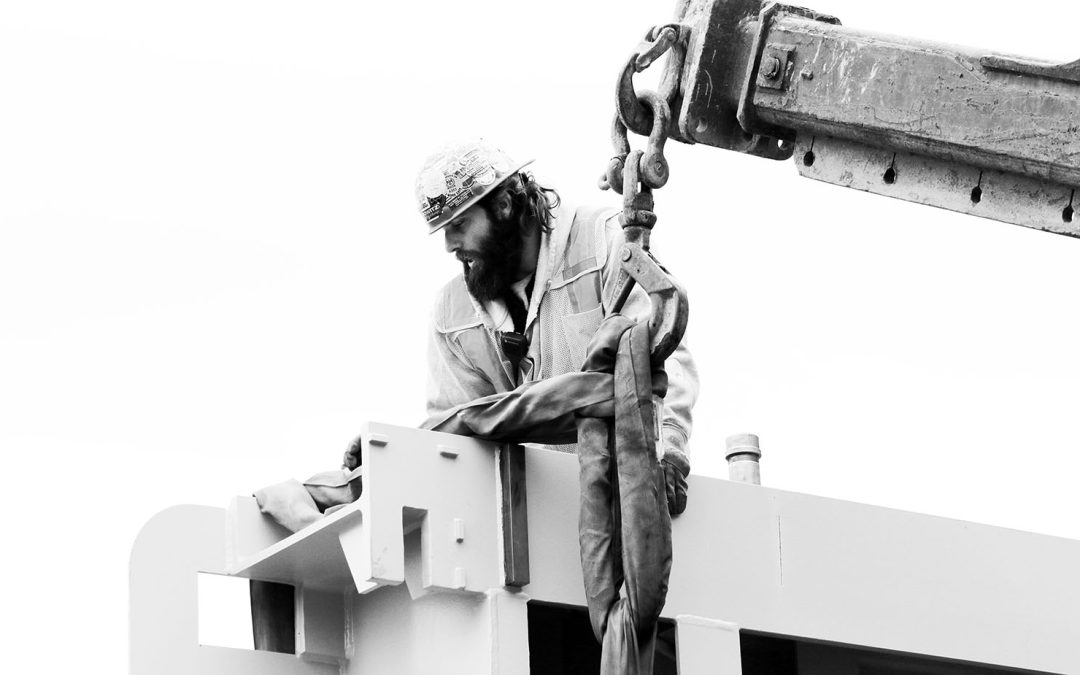 About the picture: A Bay Crane worker tests and adjusts the rigging connecting a 32-ton steel floodgate to the crane that will hoist it into position, the first of 18 floodgates to be set in the East Side Coastal Resiliency Project in lower Manhattan. It takes several people to attach the crane rigging to the massive floodgate, which arrived in a horizontal position and had to be lifted off the truck bed. Before it’s lifted, the rigging has to be tested several times. It was a long wait in the chilly February air blowing off the East River, but finally the gate was hoisted and set onto its hinges, the way a regular door is hung. Just heavier.

The project is the largest resiliency project in the United States. With a series of berms, floodgates and walls, the 1.45 billion-dollar project will protect more than 100,000 residents from storm surges and rising sea level. 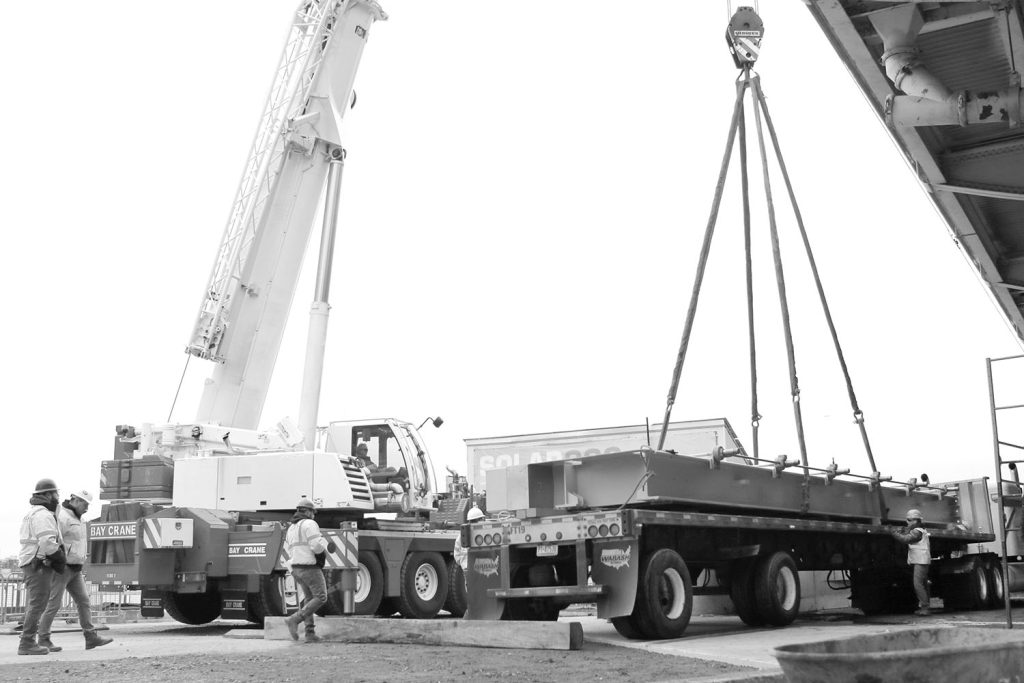 Preparing to hoist the floodgate. A Bay Crane and rigging would lift the gate into the vertical position; workers would lower it onto its hinges.

The project also improves the landscape and parks of the East Side, adding playgrounds, paths, raised parks, ballfields and gardens. The next big milestone for the project will be the Asser Levy Playground, which will include floodgates and flood walls integrated into the playground’s landscape.

This is a massive, $302,000 contract for us, involving thousands of prints and many visits over the four-year span of the project.

Put my background in editorial sports photography to work for your next project. Capture the energy of your team at work, on training and field exercises, with heavy equipment or in challenging environmental conditions. These photos can be used again and again: in annual reports, your socials, on office walls and other marketing deliverables.  -Suzanne 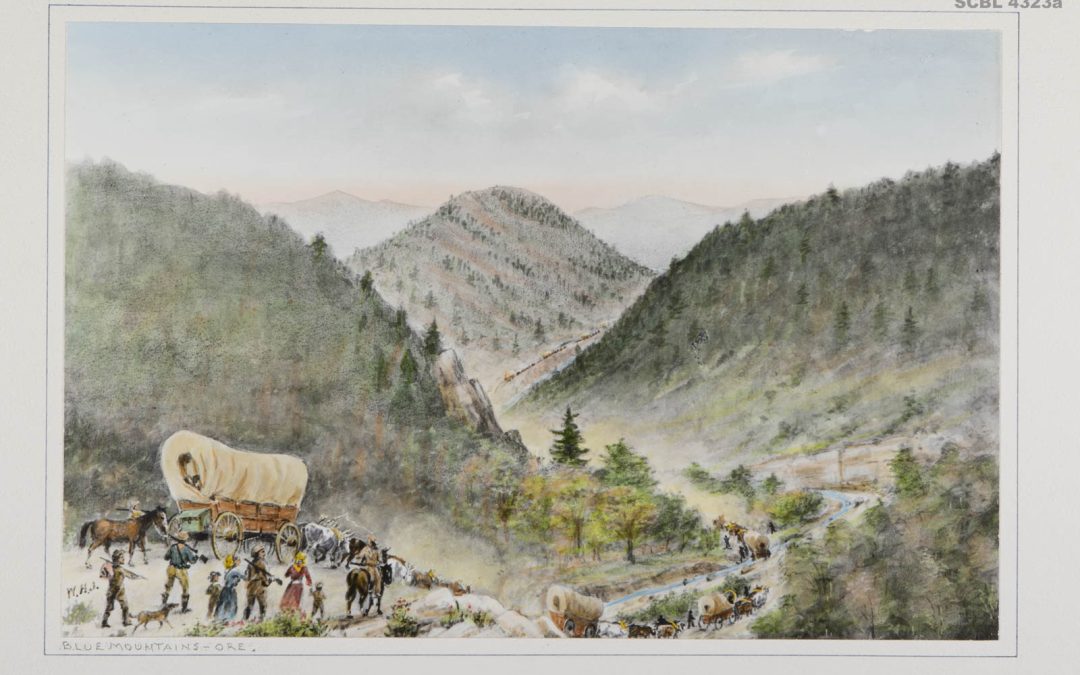 Our assignment from the National Park Services: digitally archive the paintings and sketches of William Henry Jackson.

William Henry Jackson’s images of Yellowstone, the Colorado Rockies, the native cultures of the Southwest and of the great geological survey teams of the period make up the largest and most significant body of American landscape photographs sent down to us through history.

We were hired by the Department of the Interior to digitize hundreds of Jackson’s works. I set up in the place where his collection is held, the Agate Fossil Beds National Monument in far western Nebraska. Over one week, I digitized the extensive collection of oil and watercolor paintings, albumin stereoviews, sketches, maps, lithographic prints, pencil drawings, certificates and ink washes.

We spend whatever time it takes to fully research a project before beginning it, and for me that meant getting ahold of an out-of-print copy of “The Pioneer Photographer”, Bob Blair’s expanded edition of Jackson’s diaries and letters. One hundred sixty of Jackson’s images illustrate a narrative of the expanding American West of the 1860s and 70s, and a still-young American nation. It was an important asset in preparing for the digitizing process. 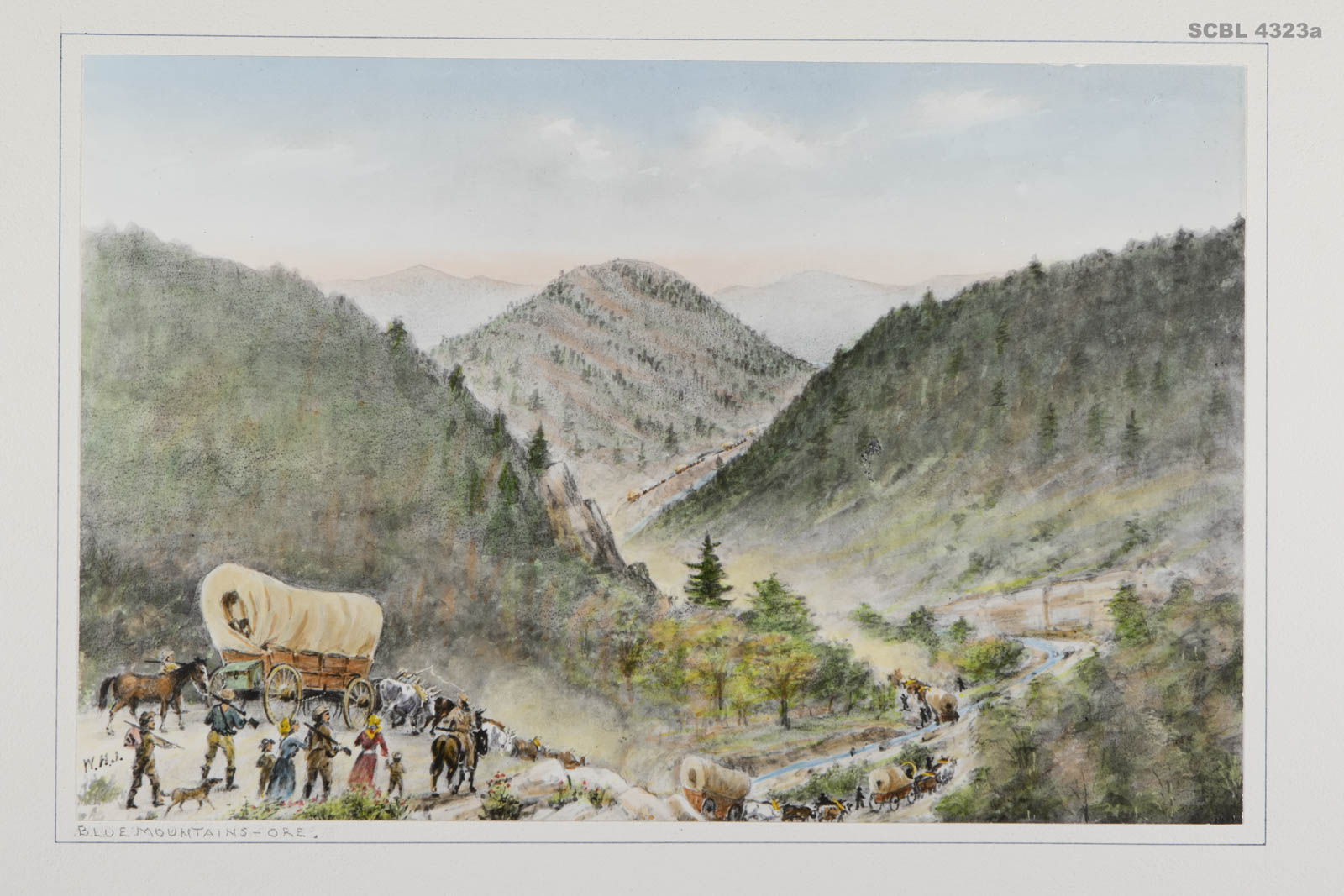 By the time I got to Nebraska, I was a fan. I’d read the colorful stories attached to the creation of the paintings. And so it was slightly disorienting to spend so much time with the paintings themselves.  Here was the sketch of the mule who spied on the artist as he painted. Here was the great oil painting of the Holy Cross, a rock formation in the mountains (Jackson was disappointed with his foreground work, and so repainted over it). Here were the black-and-white photographs of mountains and canyons, never previously photographed but taken at such risk and difficulty for the surveying team.

A highlight of this trip, for me, was exploring the land around the two national monuments, Scotts Bluff and Agate Fossil Beds. Because it’s possible today to explore the exact locations where Jackson had created his images, I wandered the Scotts Bluff area, trying to match up the painted images with the landscape as it appears today. 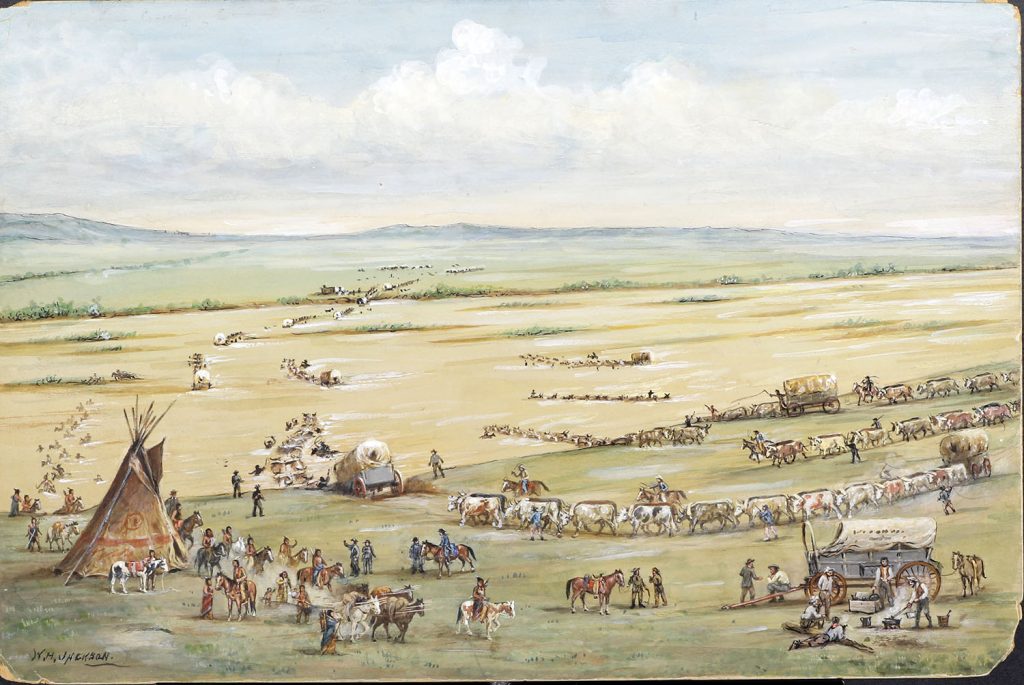 “Because the transcontinental railroad had not bridged the Western United States, the Oregon Trail was still teeming with activity as Jackson headed west, fording the South Platte near Julesburg, Colorado, in 1866. The river, more than half a mile wide, was filled from bank to bank with teams.” — from The Pioneer Photographer 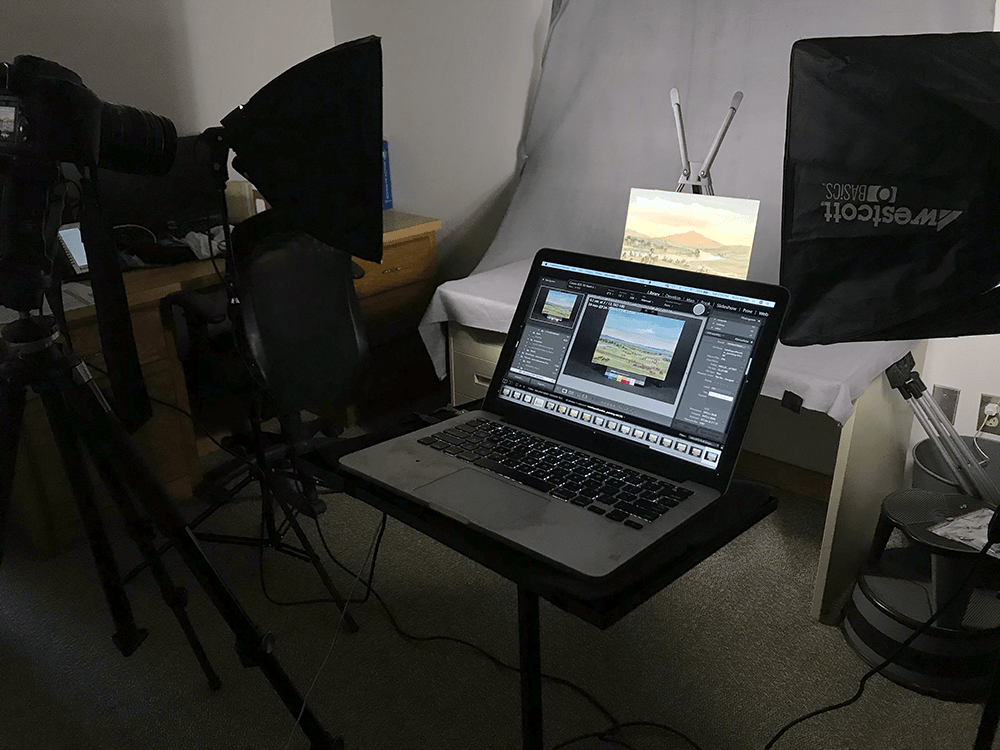 Always one of the main attractions: hiking after the work is done. 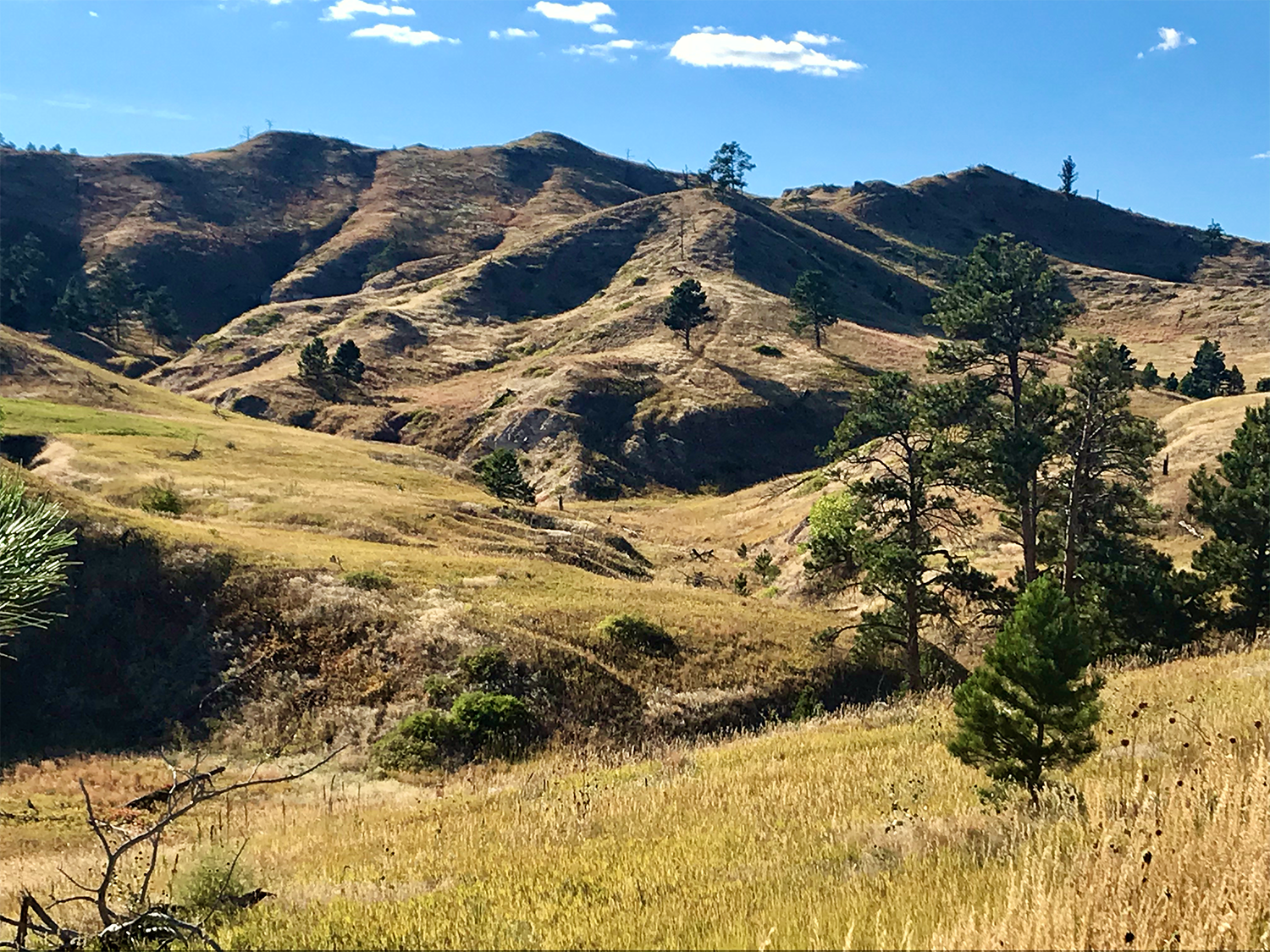 Allman Environmental Services Photography is ready for and experienced in Federal contracting. Get in touch to see how teaming with AESP on your next Federal contract can help you meet your diversity and documentation goals.

We are based in the Northeast and work anywhere in the United States.